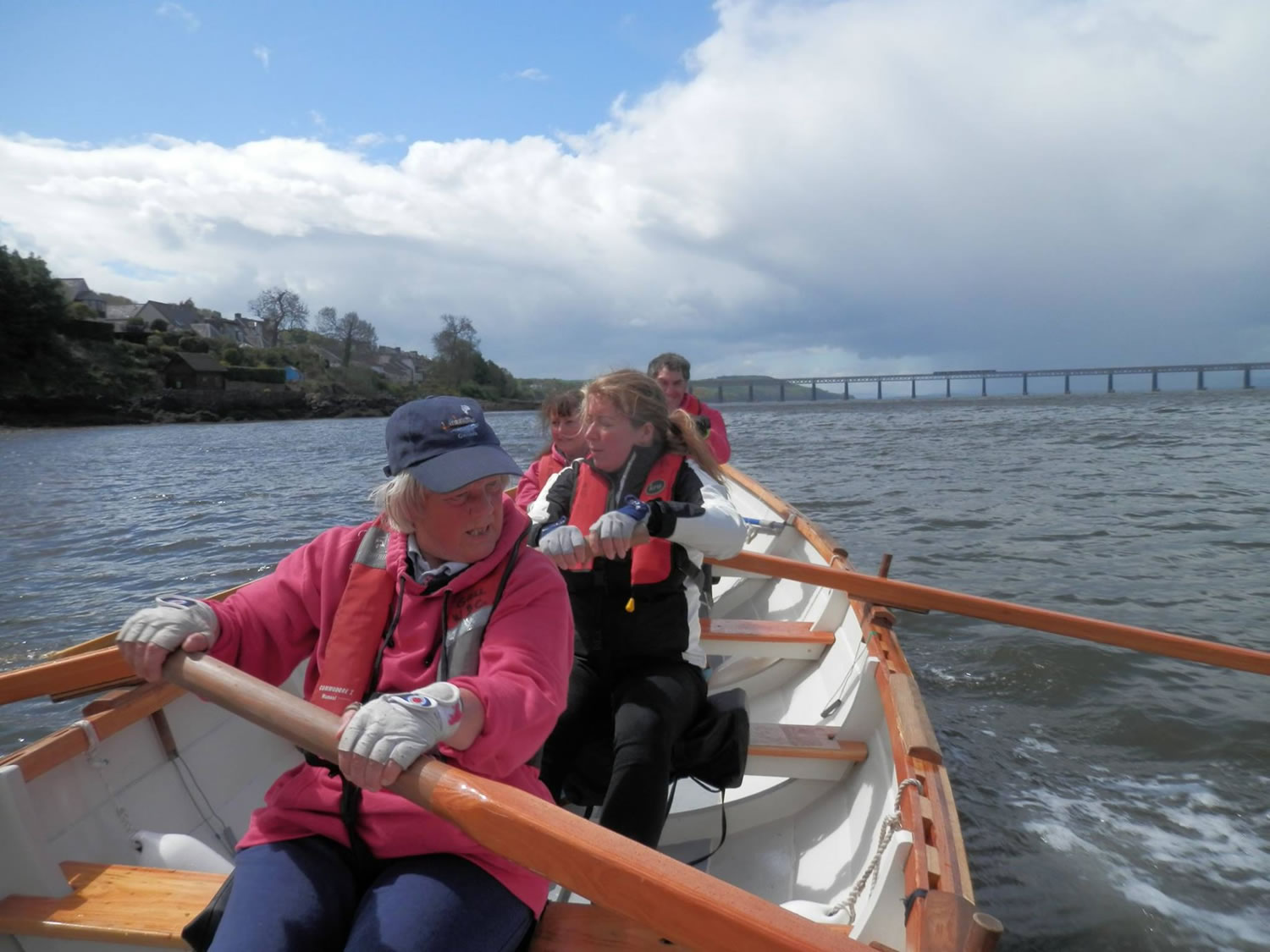 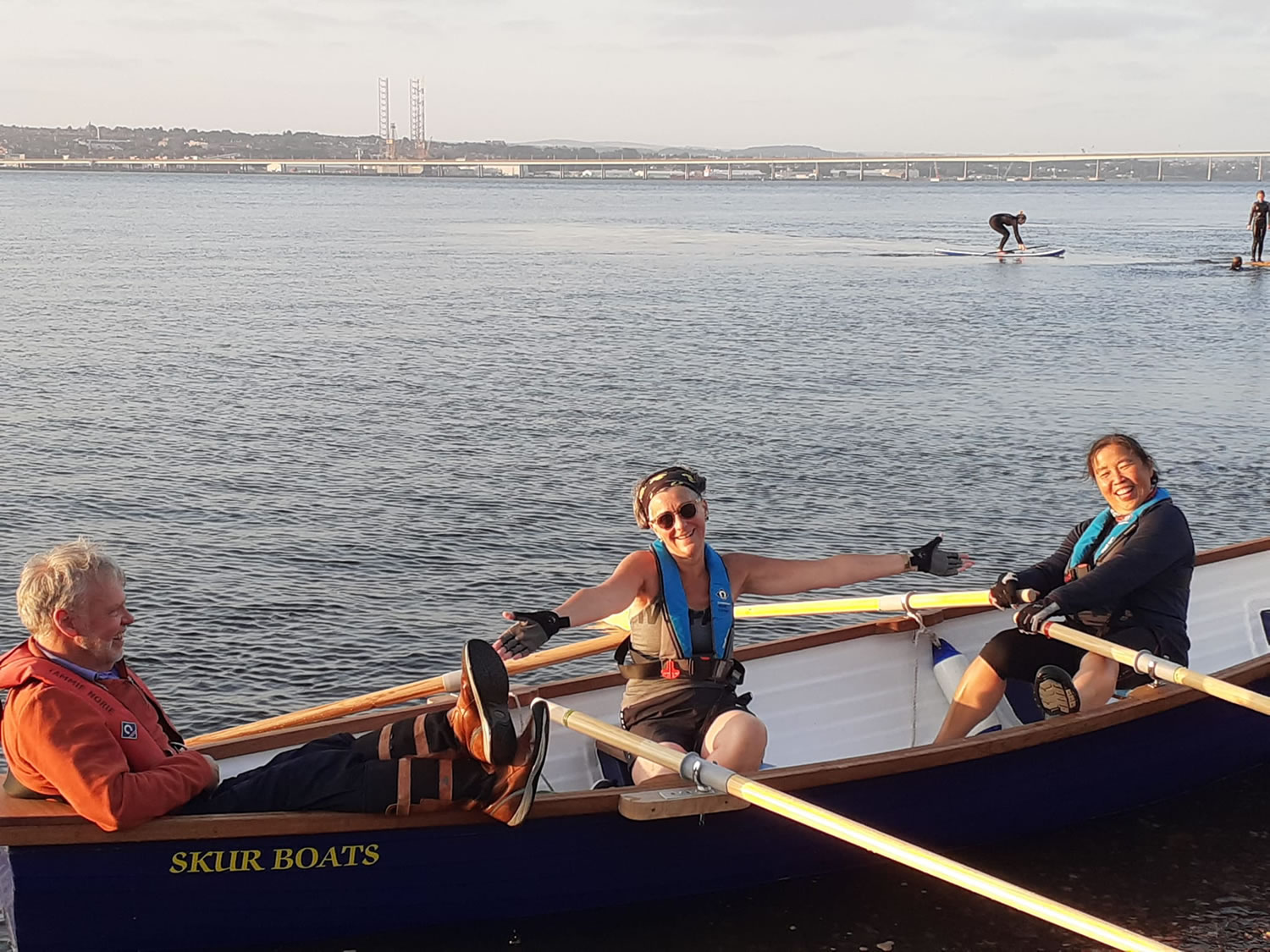 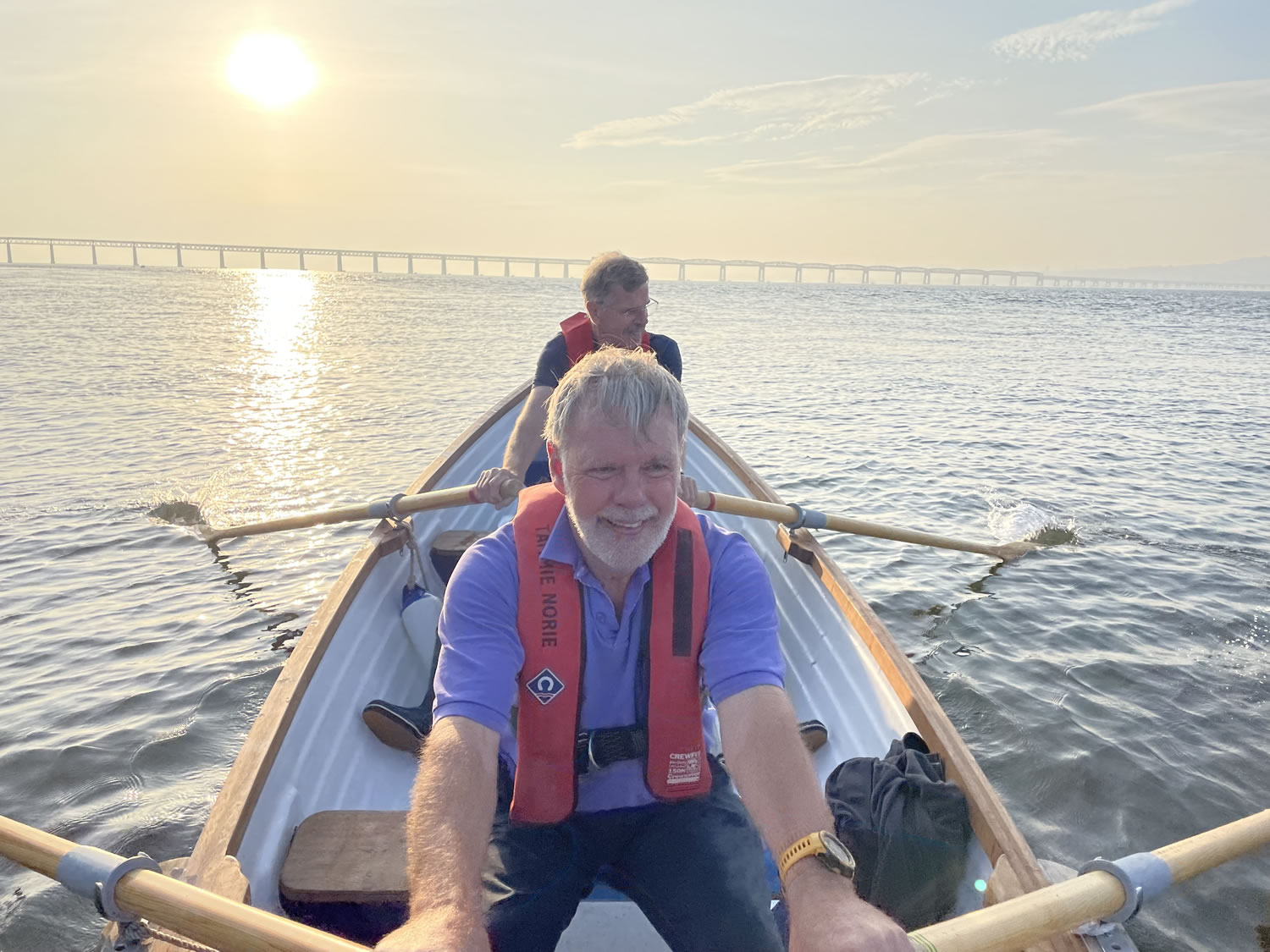 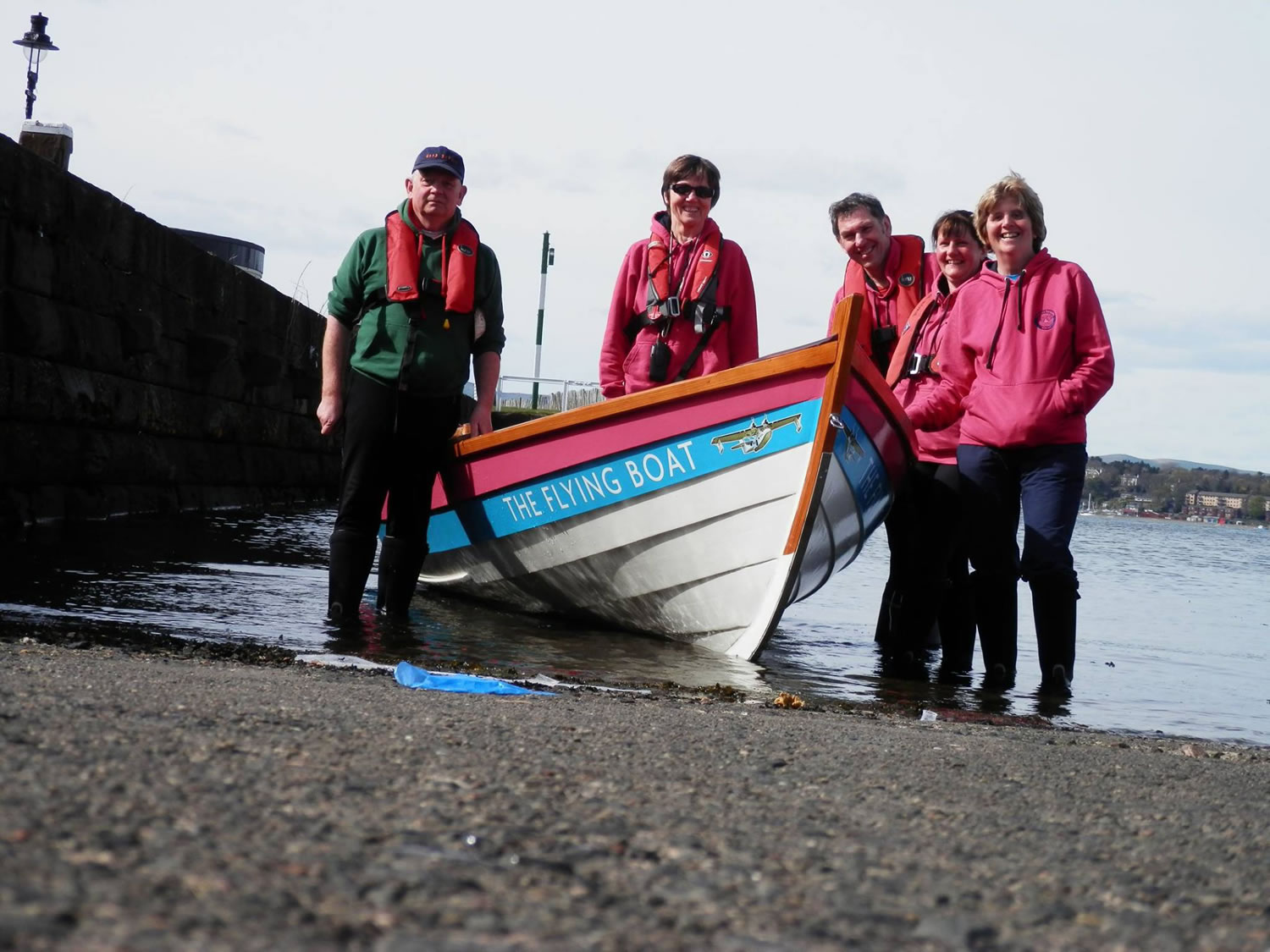 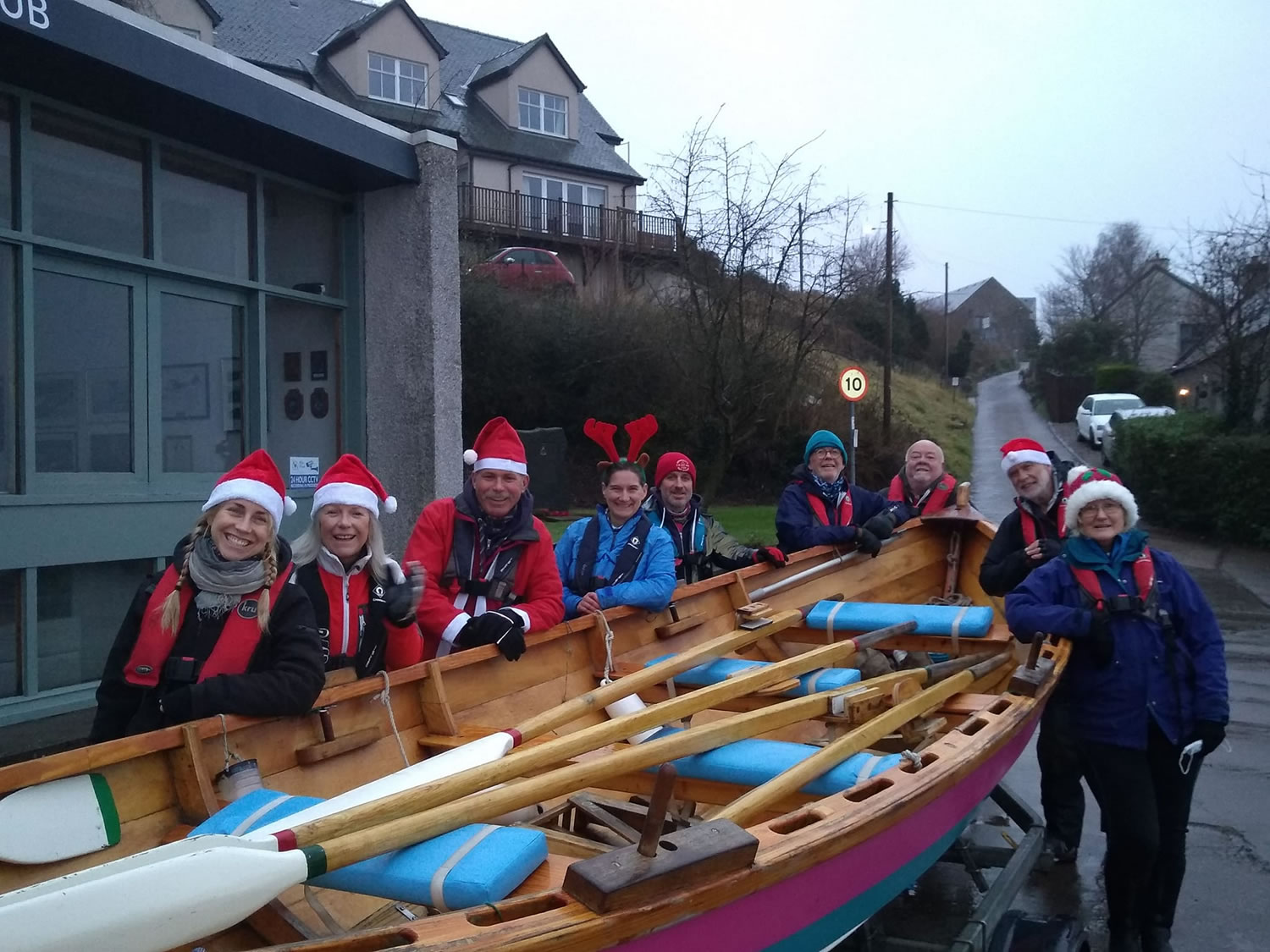 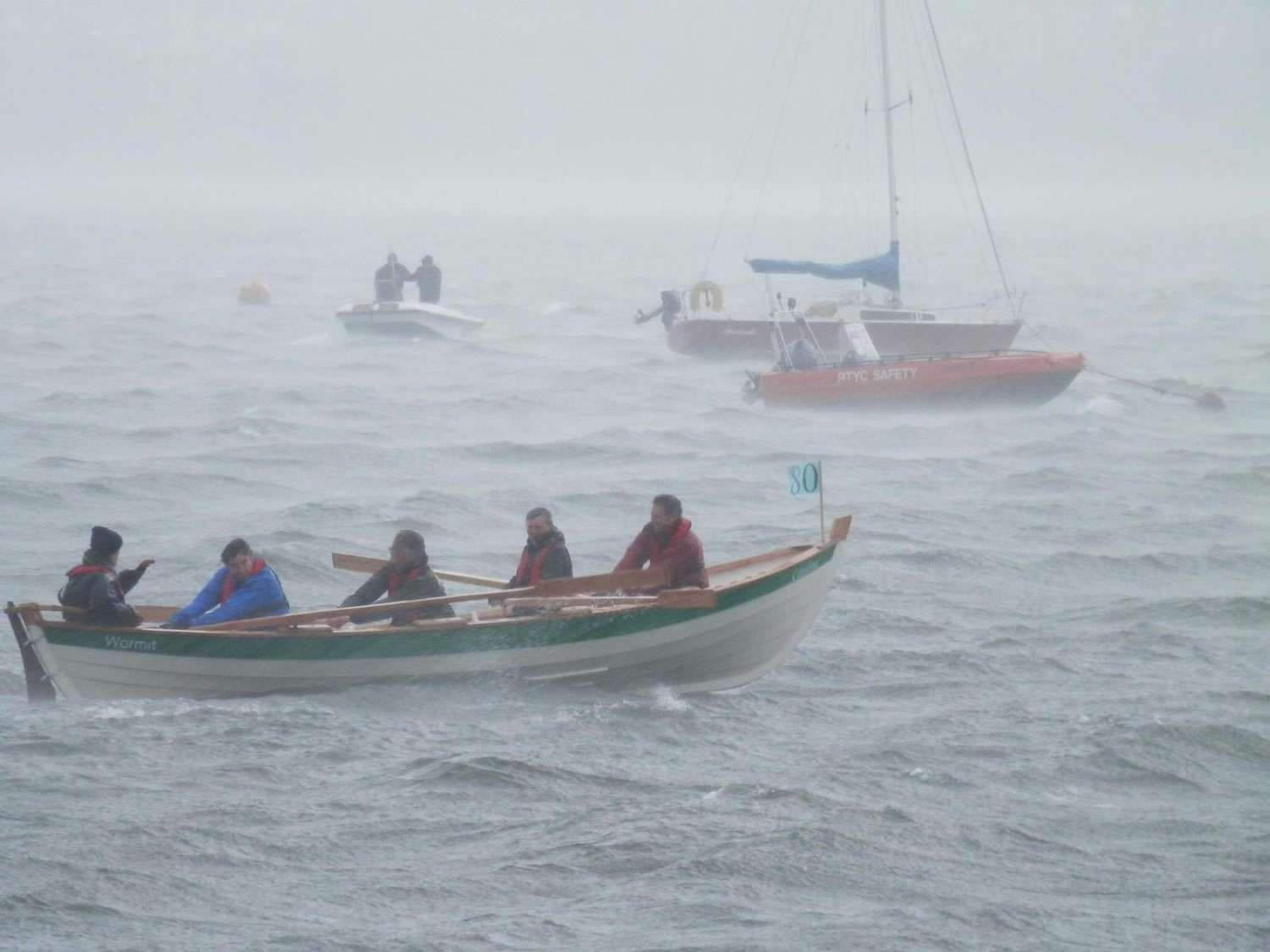 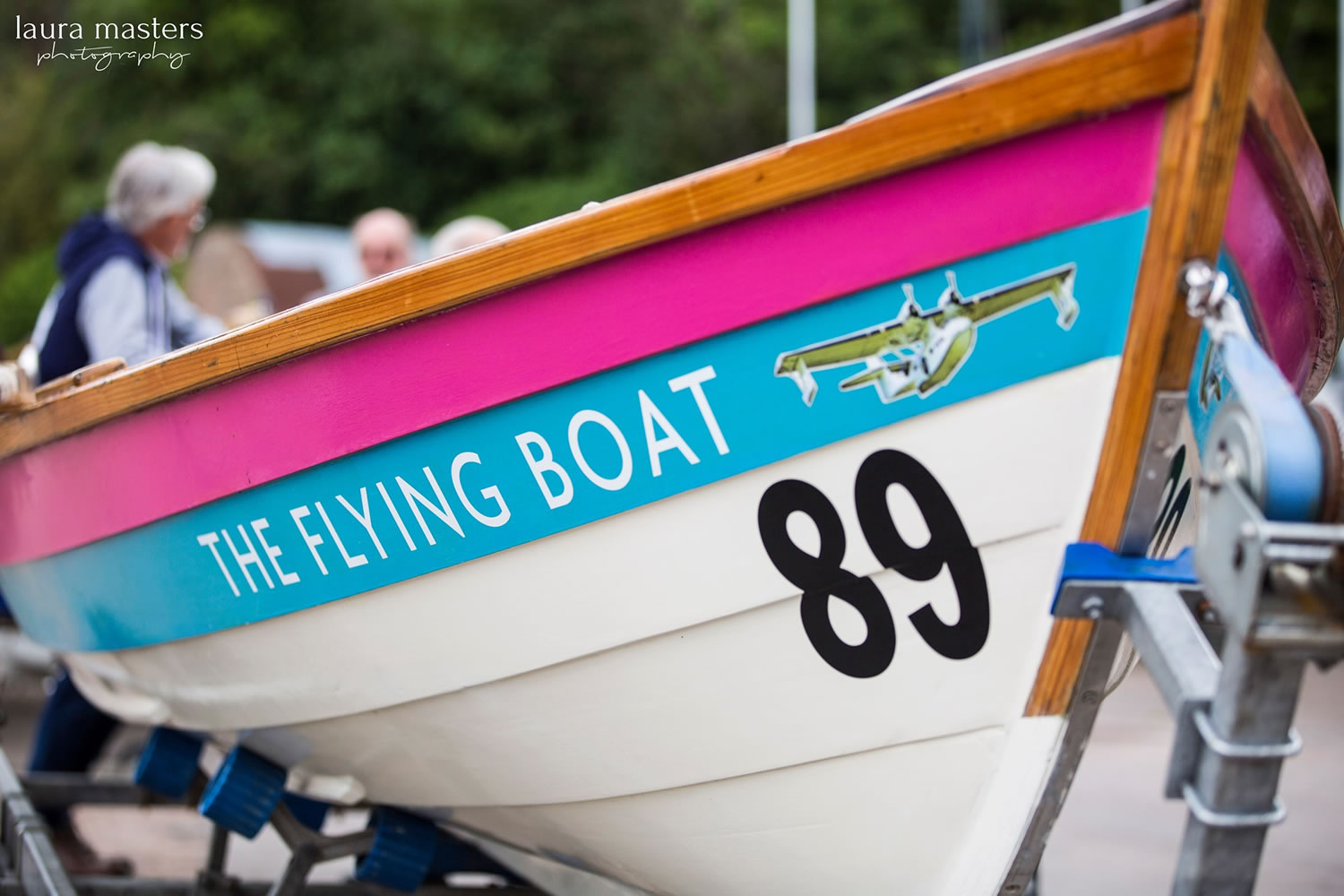 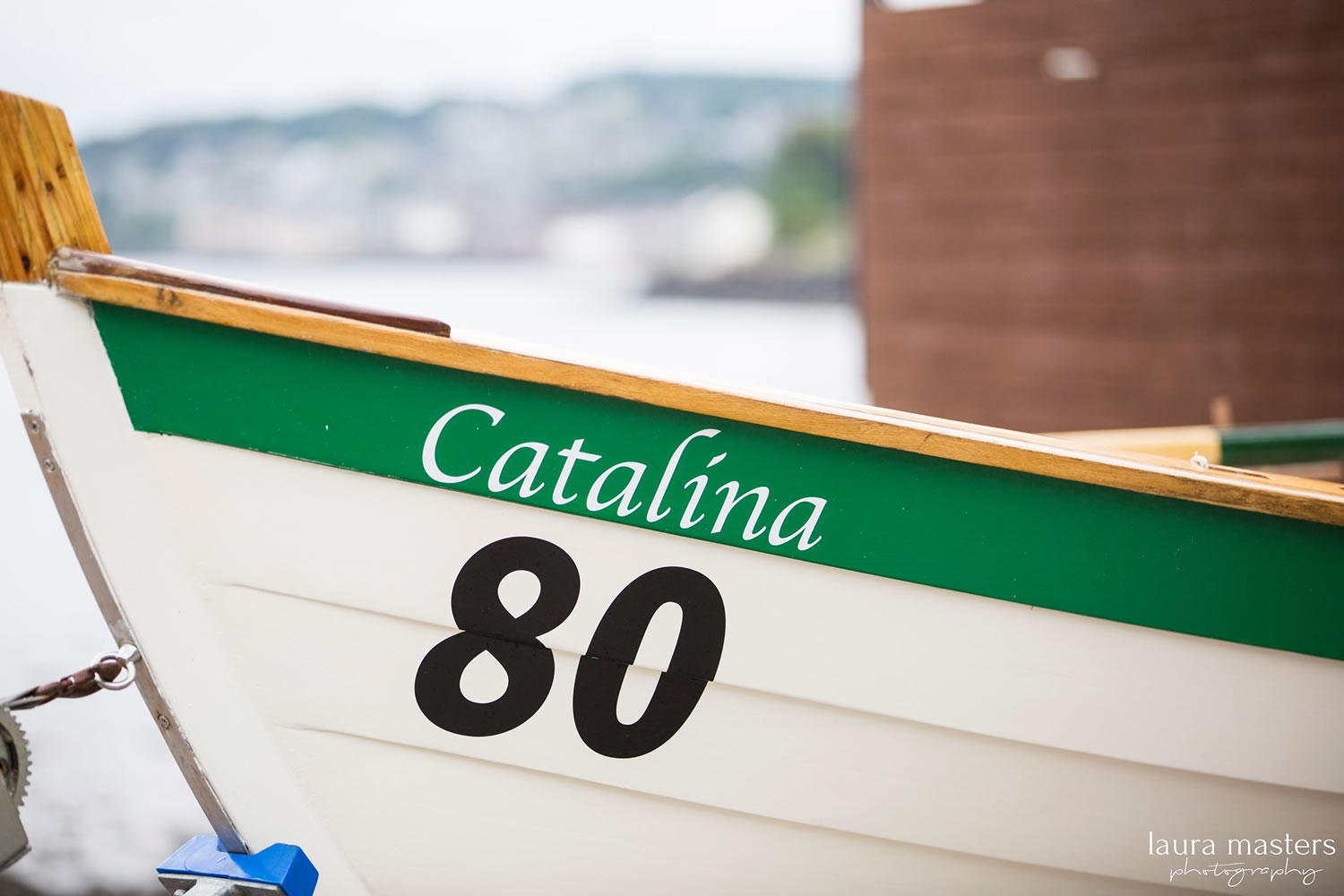 Catalina Rowing is the rowing section of Wormit Boating Club based on the River Tay in Wormit, Fife, Scotland. We row all year round and membership is open to everyone.

Taster sessions are held most Saturday mornings for anyone interested in getting out on the water. Membership of the club is very affordable and entitles you to take part in all rowing and sailing activities with a small amount of training.

The Scottish Coastal Rowing Association was formed in May 2010 to stimulate boat building and encourage rowing and racing of coastal rowing boats around the Scottish Coastline.  Communities are encouraged to become involved in the building of new boats, principally the St Ayles skiff, a design inspired by a Fair Isle boat and commissioned by the Scottish Fisheries Museum at Anstruther. This has generated a growing enthusiasm for skiff rowing in coastal communities around Scotland and beyond, there being over 210 registered skiffs around the UK and the popularity of the sport has seen rapid growth in America, Canada, Australia, Holland, France Australia and New Zealand.

Generous funding support from Fife Council enabled a group of enthusiastic local amateurs to acquire the materials and with the support of WBC commenced building the first skiff in May 2014. “Catalina” was launched in September 2014.  We also worked with Ralph Webster to build “The Flying Boat” which took to the water in March 2015. Ralph has loaned “The Flying Boat” into the care of WBC, specifically for community use.

Currently the rowing membership stands at over 70 members since membership opened in December 2014. Most of the members had little or no previous boating experience.

Since the first launch in September 2014, the club has competed at Broughty Ferry, Anstruther, Newburgh, Newhaven, Queensferry, Ullapool, Troon, Kinghorn and Lochore Meadows. We also participated at the Fresh Water sprints at Loch Katrine and Loch Tummel and the Skiff World Championships at Strangford Loch in Northern Ireland and Stranraer, and are attending the Skiffie Worlds in the Netherlands in 2022.

A training programme is well underway for those keen to improve and compete in regattas.  Social and longer excursion rowing remains ever popular.

Rowing offers a wonderful introduction to the water for those who do not, or cannot sail. Keen to be as inclusive as possible, we will be encouraging participation from, for example, youth groups, people with disabilities and anyone who simply wants to have a go. Our season continues throughout the winter with rowing sessions on Saturdays and Sundays, with mid-week sessions on Mondays and Thursdays – weather and tides permitting, of course. In the Summer months we hold mid-week evening sessions twice per week.

We hold taster sessions on pre-arranged Saturday mornings for those new to rowing. If you would like to participate in one of these sessions please send an email to: rowingsecretary@wormitboatingclub.org.uk

Members use Spond for booking rowing sessions. You can download the App for Android or iOS on your phone here.